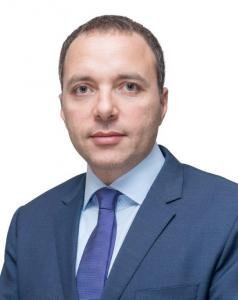 Mr Abdallah Massaad is Chairman of RAK Ceramics Bangladesh, Group CEO of RAK Ceramics PJSC and a member of the Board of Directors of several subsidiaries and other international organisations.

He is extremely knowledgeable in the fields of ceramics and industrial manufacturing and is instrumental in helping companies engage in the forward and backward integration of the ceramics supply chain. With over 25 years of experience from field sales, to sales management, to product marketing, Mr Massaad has highly developed business leadership skills in national and international markets.

Mr Abdallah Massaad's tenure with RAK Ceramics began in 2004, when he was invited as a Marketing Consultant to assist the CEO office, and upgrade the branding and positioning of the company in preparation for future sales and marketing challenges arising from ambitious expansion plans.

Mr Massaad formally joined RAK Ceramics in 2006 as Deputy CEO, responsible for operations management, strategy development, implementation and RAK Ceramics’ global interests. He supported the Chairman and CEO with strategic planning and expansion initiatives enabling the company to reach the milestone of 1 billion square metres of global sales since it began. He was also responsible for implementing corporate governance regulations and overseeing the strategic refocusing of the business portfolio.  Mr. Massaad has led RAK Ceramics PJSC as Group Chief Executive Officer since June 2012.

An award-winning CEO, in 2015, Mr Massaad won an International Business Stevie® Award for ‘Executive of the Year (Manufacturing)’. The efforts of Mr. Massaad as a visionary CEO were also further recognised when he was awarded ‘Industry CEO of the Year’ at the CEO Middle East Annual Awards 2015 and in 2016 Mr Massaad was shortlisted as a Top 100 CEO as part of Mediaquest’s Top CEO Awards in the GCC. In 2017, Mr Massaad was shortlisted as one of the Top 100 Smartest People in the United Arab Emirates by Arabian Business, and he was also honoured as one of the top 100 Most Sustainable CEOs by the World Sustainability Congress. In 2018, Mr Massaad was awarded the most 'Visionary CEO in Manufacturing Leadership' by Frost & Sullivan, 'Game-Changing CEO' by Finance Monthly, 'Outstanding CEO' at the Global Business Excellence Awards, 'Executive of the Year' at the BIG Awards for Business and the '2018 CEO of the Year' by CEO Monthly Magazine.

END_OF_DOCUMENT_TOKEN_TO_BE_REPLACED 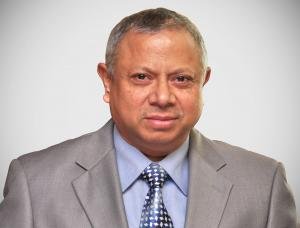 Mr. SAK Ekramuzzaman, Managing Director of the Company is one of the local investors having equity partnership with RAK Ceramics (Bangladesh) Limited. Besides managing diversified business interests of RAK Group, he is involved in a number of other business interests in Bangladesh.

Mr. Ekramuzzaman is also the member of the Board of Directors of RAK Power Pvt. Ltd. and RAK Security and Services (Pvt.) Ltd., subsidiaries of RAK Ceramics (Bangladesh) Limited.

Mr. Ekramuzzaman has been conferred as CIP Industry 2017 by the Government of Bangladesh in recognition of his outstanding contribution for industrialization and in the economy of Bangladesh.

END_OF_DOCUMENT_TOKEN_TO_BE_REPLACED 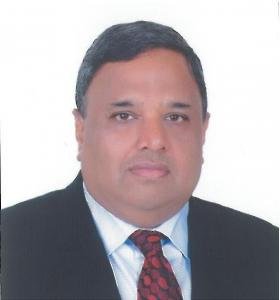 Mr. Pramod Kumar Chand is the Group Chief Financial Officer of RAK Ceramics PJSC, Director of RAK Power Pvt. Ltd. and RAK Security and Services (Pvt.) Ltd., which are subsidiaries of this Company. He is also a member of the Audit Committee and the Nomination and Remuneration Committee of RAK Ceramics (Bangladesh) Limited.

Mr. Pramod is a Member of the Institute of Chartered Accountants of India (ICAI) and has been a rank holder and winner of A F Ferguson award.

END_OF_DOCUMENT_TOKEN_TO_BE_REPLACED 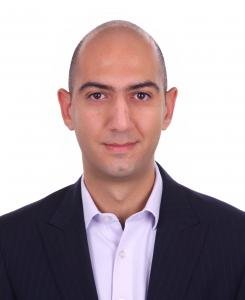 Mr. Moukahhal has more than 16 years of experience in private equity investments and is currently a Managing Director of Samena Capital Investments Limited in Dubai, focusing on investments within the MENA region. He is also a member of the Board of Directors of Anghami and a member of the Investment Committee of the Samena Special Situations Funds.

Mr. Moukahhal holds an MBA from the Wharton School at the University of Pennsylvania and a Bachelor’s degree in Economics & Finance from McGill University.

END_OF_DOCUMENT_TOKEN_TO_BE_REPLACED 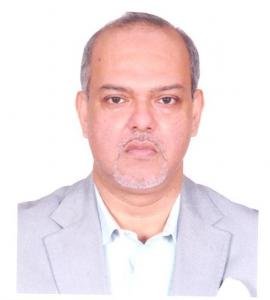